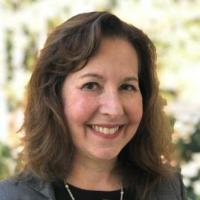 Adjunct Assistant Professor in the Pratt School of Engineering

Kim recently retired as an NSA executive, where she managed several operational organizations and led the initiative to create the agency’s Civil Liberties and Privacy Office.  Prior to NSA,  Kim held a range of national security-related leadership positions on Capitol Hill, including:  Senior staff member for Congressman Mac Thornberry; and Senior Staff Director, Cybersecurity, Science and Technology Subcommittee of the House Select Committee on Homeland Security. She was also a staff member for the House of Representatives’ panel investigating state and federal responses in the aftermath of Hurricane Katrina. Six months before 9-11, working closely with Congressman Thornberry, she authored and led House staff activities leading to the enactment of legislation creating the Department of Homeland Security. In 2005 the National Journal recognized her as one of the “Hill 100” Top Congressional Staff members, citing her substantive contributions across the breadth of national security issues.

Kim enlisted in the U.S. Navy in 1977 and subsequently obtained a commission as a Cryptologic Officer. Kim capped her 20-year naval service as a senior staff officer for the Assistant Secretary of Defense for Command, Control, Communications, and Intelligence and later on the staff of the Director, NSA. In these positions she developed, coordinated, and guided implementation of plans and policies which directly impacted national cyber operations planning and execution.

Kim holds a Bachelor of Arts degree from the New York Board of Regents and a Master of Science degree in Management from the U.S. Naval Postgraduate School, Monterey, CA.